Pforzheim. A ray of light pierces diagonally through an opening in the concrete ceiling and shines down on the crowd that has gathered in the exact place where, 364 days ago, the foundation stone was laid for the Sparkasse main office building at Poststraße 3.

According to Stephan Scholl, Chair of the Board, it will be the “flagship” and the heart of the future TurmQuartier complex between Leopoldplatz and Kiehnlestraße. The host of the topping out ceremony said the vision can be described using three terms: “Space, experience and banking.” Scholl told the audience of business­people and politicians, including three Members of the Landtag (State Parliament), that in addition to shopping, the TurmQuartier offers an unconventional way to experience the Goldstadt’s culture and history.

Both Scholl and the current Chair of the Supervisory Board Helmut Riegger, Head of the Calw District Authority, clearly recognise that the largest Sparkasse in the federal state (and one of the top ten largest in Germany) is firmly rooted in the region. Just look at the number of branches, the social engagement and the ties with the local economy.

And so it was local tradespeople who built the shell construction, and it was down to Martin Hirschberger from the Hirschberger & Kusterer construction company to give the topping-out speech before the Hebel BigBand took to their instruments and the guests enjoyed a rotisserie roast and chicken drumsticks at the construction site – a spectacular location. The TurmQuartier is expected to open at the end of next year. 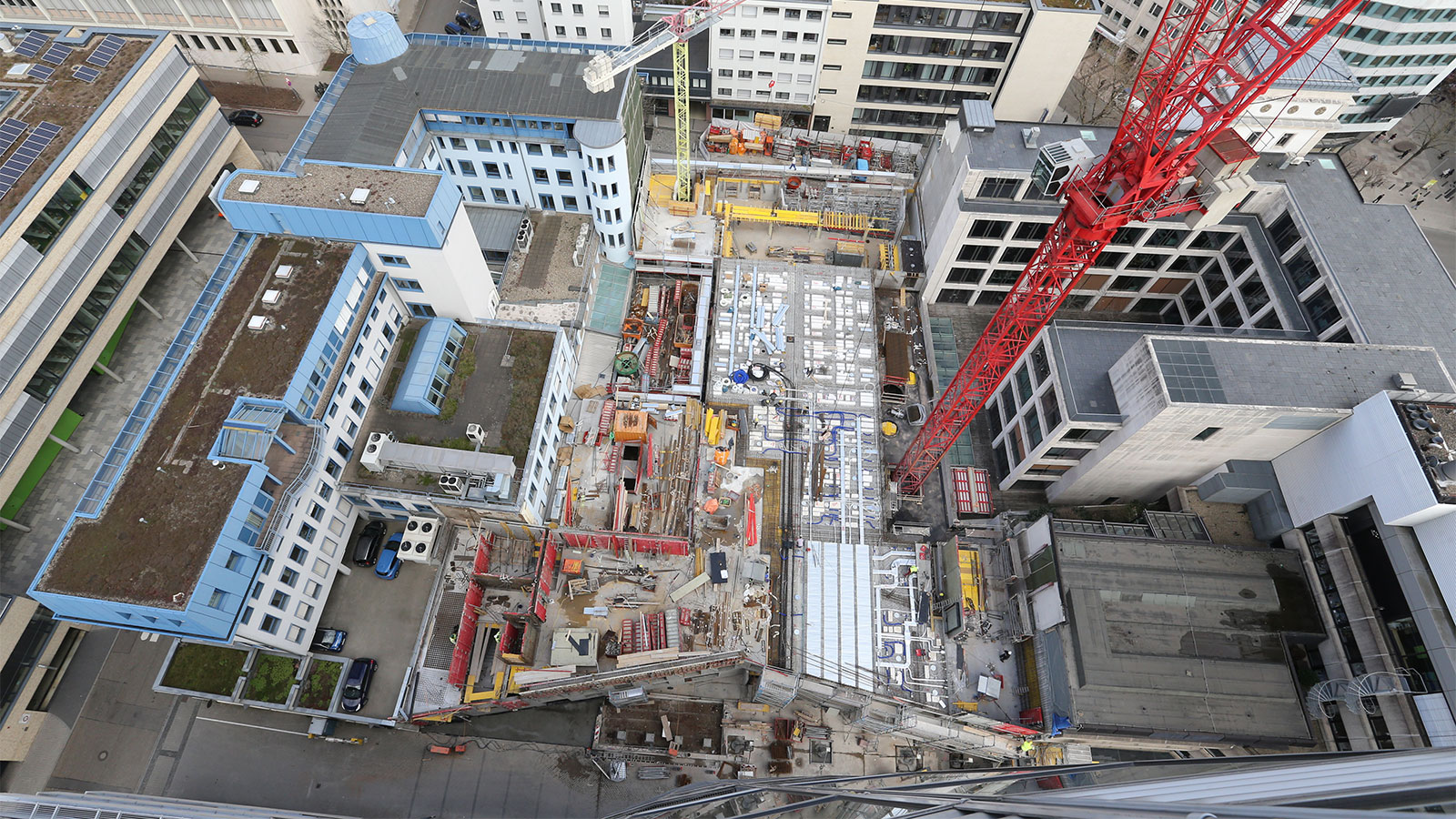