The building is expected to be “sizeable and important in terms of local history”, “pioneering” and make “a sustainable contribution to enhancing and increasing the attractiveness of Pforzheim city centre”. It is set to open in 2020, when the Sparkasse main office, estimated to have cost € 48 million to construct from scratch, will be complete.

In a ceremonial act to mark the half-way point between the demolition of the 90-year-old striking-yet-clearly-ageing building on Poststraße, which had been rebuilt and converted several times throughout its lifetime, and the completion of the building designed by architecture firm BAU 4 from Karlsruhe, Sparkasse boss Stephan Scholl plunged a cassette into the foundations. He was assisted by Peter Boch, mayor of Pforzheim, Helmut Riegger, Head of the Calw District Authority (both members of the Supervisory Board) and architect Jürgen Alshut.

Scholl said that the building complex, which spans an area of more than 9,000 m2 and will be known as the TurmQuartier from now on, is going to be a flagship, but not a folly. Even if it may not have seemed like it at first sight, the Chair said the old building was last renovated just under 40 years ago and was below par in terms of fire safety regulations and logistics. It also had major structural engineering and severe humidity issues. Riegger said the Supervisory Board was able to see this for themselves during a site visit five years ago. This made the decision to demolish it and put a new build in its place a no-brainer. 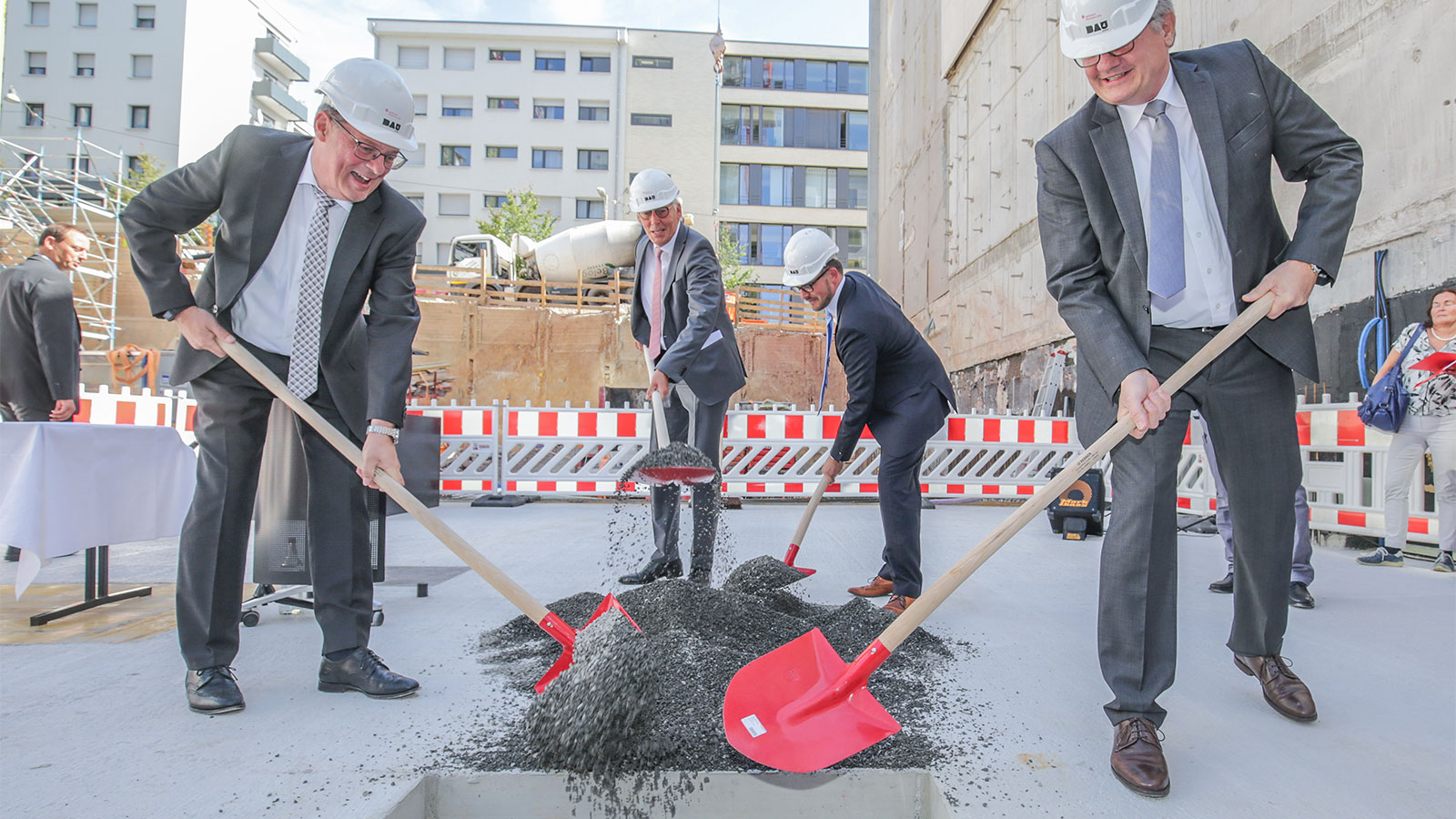 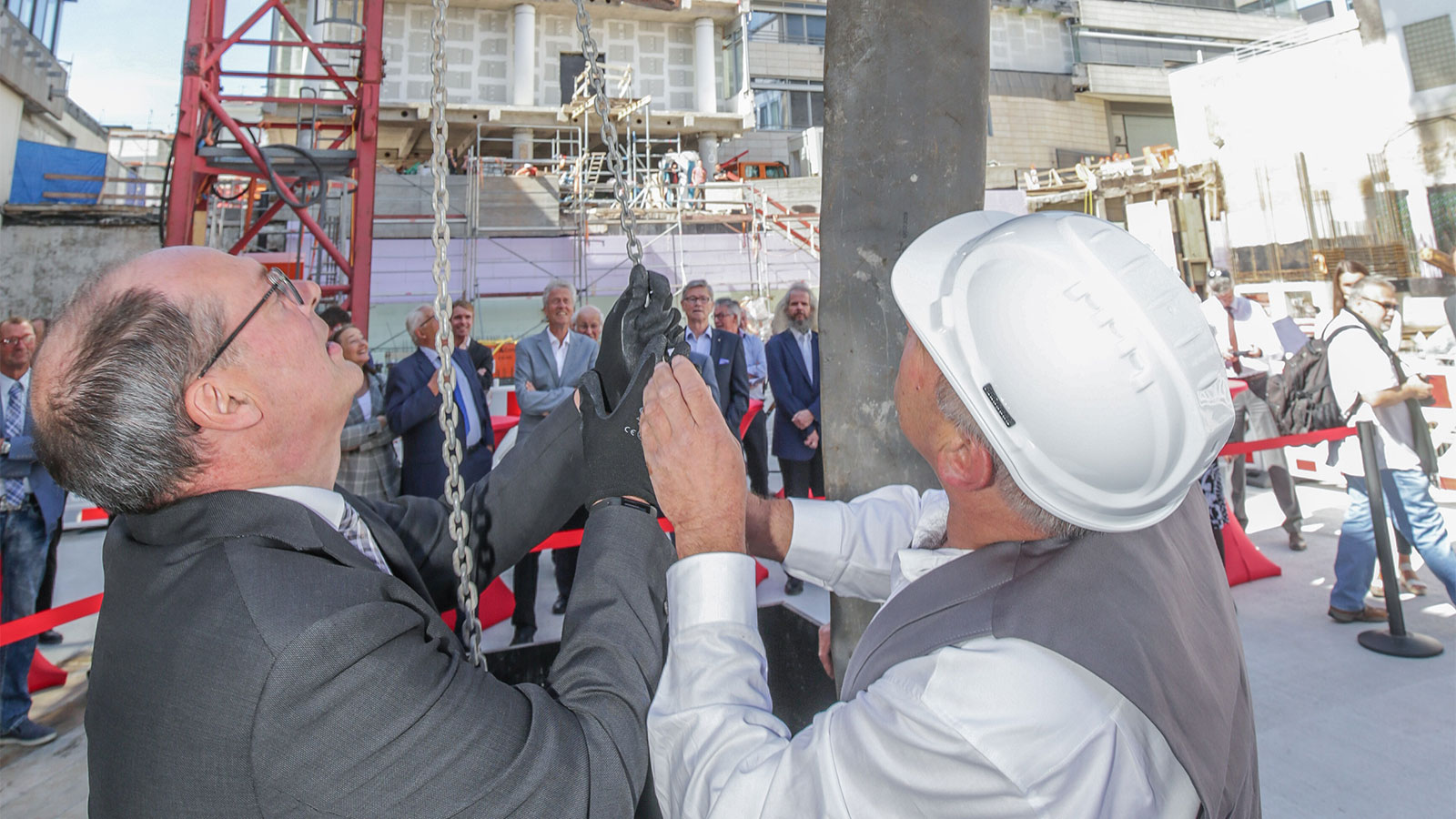 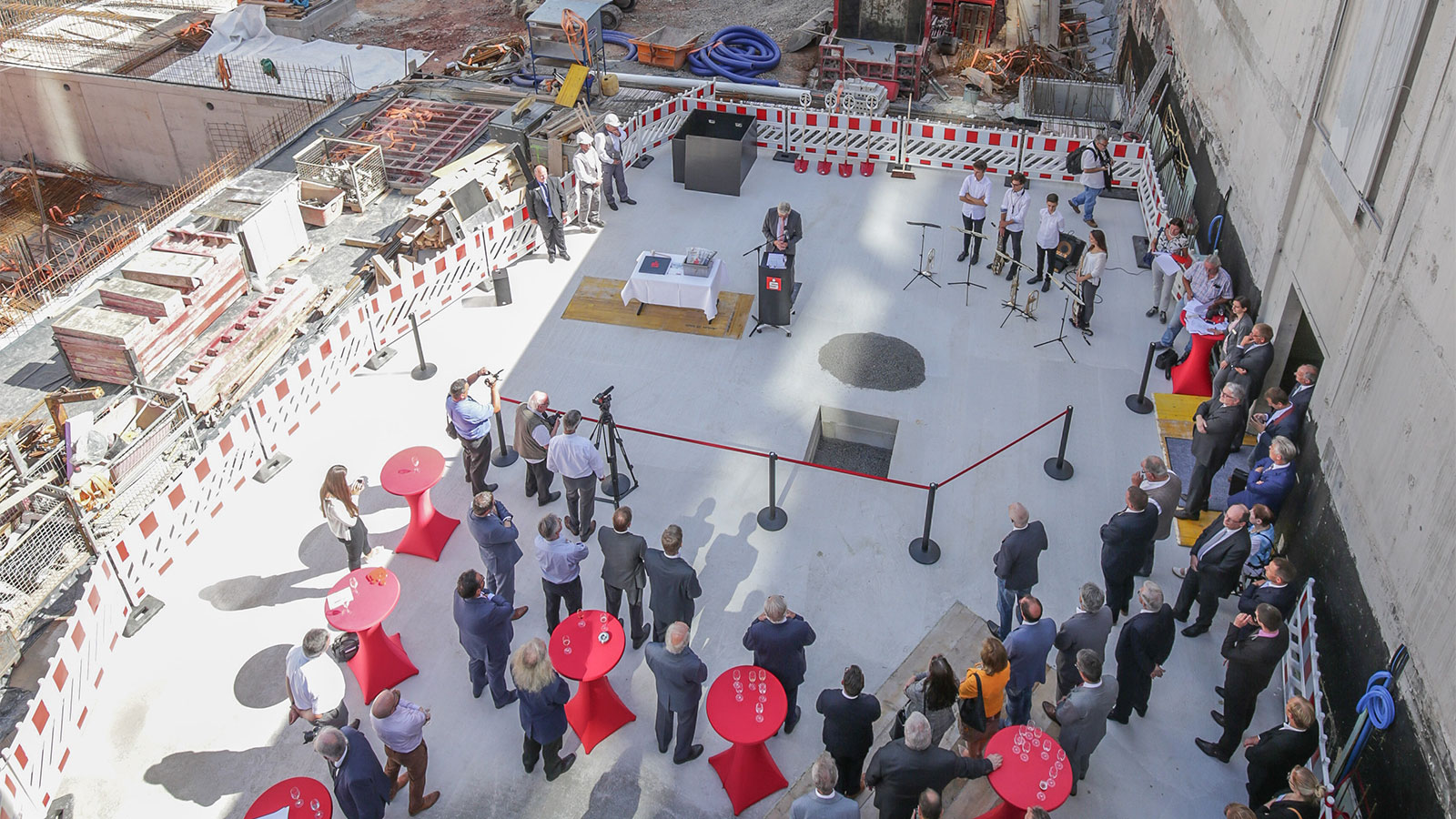 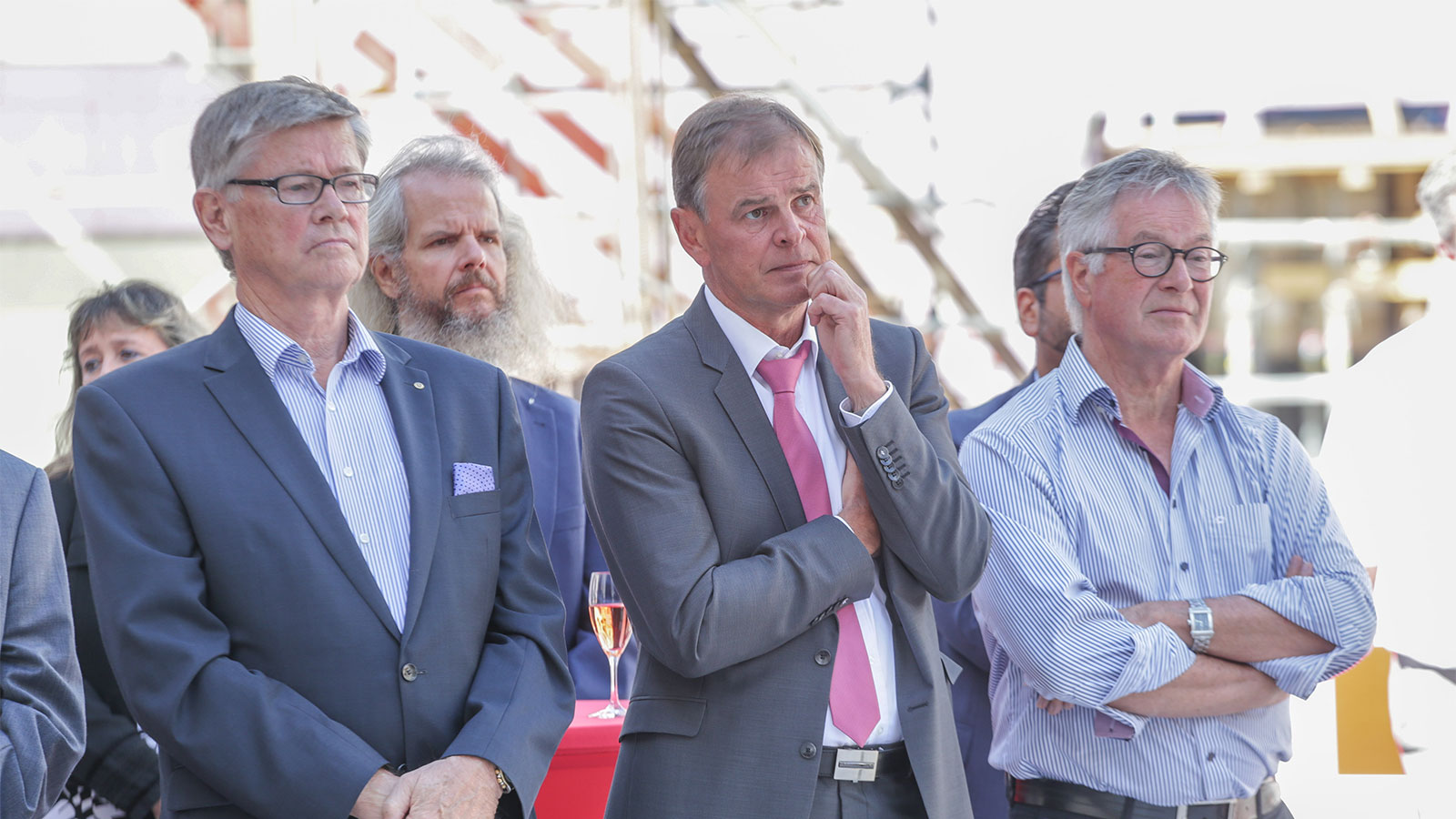 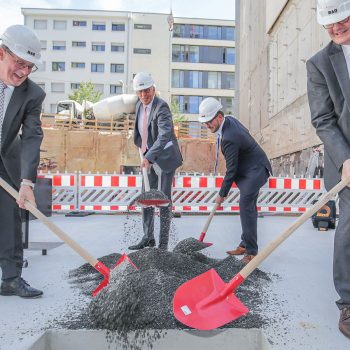 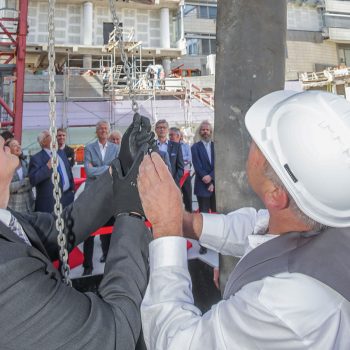 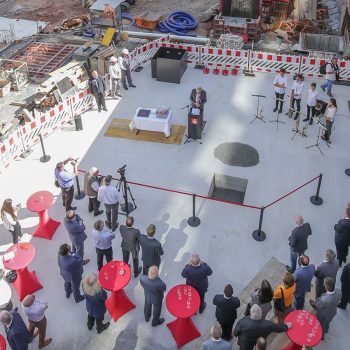 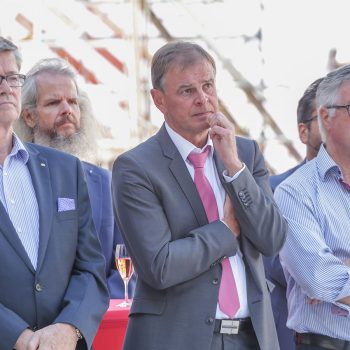